Government Should Cancel Agreement with EBRD

MSZP-Dialogue demands that the government terminate the agreement with the European Bank for Reconstruction and Development (EBRD).

At a press conference in Budapest on Friday, Deputy Chair of MSZP László Szakács said that the government's agreement with the EBRD does not serve the interests of the Hungarian people; in fact, it keeps foreign currency loan debtors in debt slavery.

He reminded that Prime Minister Viktor Orbán said on Thursday that he would comply with the agreement. He added that, on the basis of the agreement, the HUF conversion of foreign currency loans did not cost banks one penny, and as part of the agreement the government undertook not to stand in the way of evictions.

According to the opposition politician, Viktor Orbán "sold foreign currency debtors" for money to the banks. László Szakács indicated that they would propose the termination of the agreement to Parliament, so Fidesz could get a chance to vote on the matter.

He also said they would also present to Parliament the bill that would officially state that banks were deceiving people and therefore they are entitled to compensation. This currently has to be proved by foreign currency debtors in court, he said.

According Dialogue board member Beáta Hegyesi, Viktor Orbán pursues a dividing policy, turning social groups against each other with his unjust law. “What kind of government evicts families with children?” she asked while also criticizing the overtime related amendment of the Labor Code.

The opposition politician called for social co-operation, saying, "this regime only understands force."

Leader of the Debtor Movement József Szabó complained that Secretary General of the Hungarian Banking Association Levente Kovács declared the issue of foreign currency lending closed, even though there are many cases in court to date. According to him, there is great agreement between the government and the banking association as they work together to deceive the country over and over again. “They will be prosecuted for this,” he said.

According to László Ravasz, the representative of the Debtor Chamber, the courts, which execute the deals between the banks and the government in their rulings, can be regarded as part of the political power. He called on the courts to resolve the problems of foreign currency debtors in rulings in line with European and Hungarian law.

In response to a question about the European Parliamentary (EP) elections, László Szakács said that opposition parties would jointly mobilize voters to participate in the election. The joint list would be a good thing, but they're not there yet,” he said.

“There is no such decision,” replied MSZP’s Deputy Chair to the question that according to press reports, Csaba Czeglédy, a lawyer suspected of significant fiscal fraud, would like to be included in the MSZP EP list so as to get immunity. 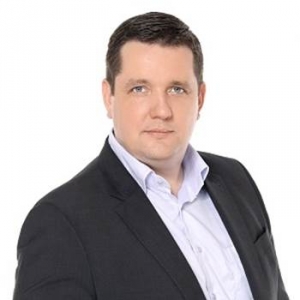