On the one hand, the Hungarian Socialist Party is, of course, one of the democratic opposition parties. On the other hand, it is different in its name, genesis, ideological roots and international affiliations. The name "Socialist," even in its dilapidated version expresses a set of values that are about overcoming capitalist society.

The MSZP is not only a regime-changing party, but also a historical continuation of the organization that sought out the possible path of reforms within socialism in the 1970s and 1980s. (For some 40 years, China has been building a model of the mixed economy, which is very successful over there, on these former Hungarian experiments.)

Although, for practical reasons, MSZP does not deal with ideological issues, even its proudly proclaimed idols (Anna Kéthly, Attila József, Imre Nagy) were Marxists. Furthermore, the party is also member of the Socialist International, whose declared goal is to create democratic socialism.

MSZP's disgraceful performance in the recent EP elections once again raises the question, which has been repeated for thirty years, whether there is a place for a socialist party in Hungarian public life after the change of regime. In an international context, this is a stupid question, as practically all the parliaments of all European countries have socialist-social-democratic parties, many of them even have communists. But in a sense, Hungary is already a "black hole" on the map of European democracies, and we have little hope that this will change in the near future.

In Hungarian public life two centers are becoming more and more definite, the nationalist right and the liberal capitalism camp. Both keep voicing various social slogans, the latter also has shades of pale green, but are essentially, they are built on conflicting nationalism with liberalism. This is a tradition of at least one hundred and fifty years in Hungary; in the parliamentary epochs, only social democracy kept "hanging out" of this two-tier system which always produced a nationalist right-wing majority. Previously, the liberals themselves knew that without the socialists, they had no chance against the Hungarian right.

There are many within and outside MSZP who would expect the party to lose votes from the party's change of name, re-establishment under a new name, its integration into the Democratic Coalition, and similar harakiris. Any such solution would mean that the socialist alternative disappears from Hungarian public life, and the field narrows down even more evidently to the pair of the nationalist right and liberal capitalism. Since the losers of capitalism would never vote for liberal parties in the majority, the long-hoped opposition majority would not happen consequently. However, with the disappearance of socialist power, the right would be given another opportunity to link social demagogy and nationalism, which also has centuries-old traditions in Hungary.

However, before MSZP, there is still another path of standing by its name and genesis. Before the municipal elections, it must join forces with all anti-Orbánist forces for at least a partial shaking of Fidesz’ full powers. However, afterwards, it must redefine itself instead of repeating the mantra of opposition coopeartion. The long-term goal of a socialist party can only be democratic socialism, which can be reached through a mixed economy in a capitalist world economy environment. Today's most successful economies are all based on this model.

With the change of regime, one or two million people fell out of the realm of employment. Their children and grandchildren were even more submerged in deep poverty and squalor. The expected economic and barely avoidable environmental crisis will push out millions of people of the circle in which liberal democracy makes sense and has value. The social crisis, social exclusion and the effects of environmental disasters can only be managed permanently by a system in which community value is primary and private capital profits are only secondary. 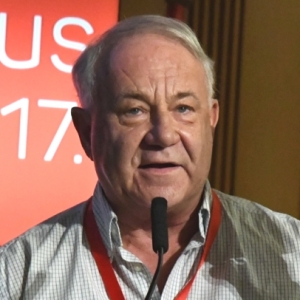