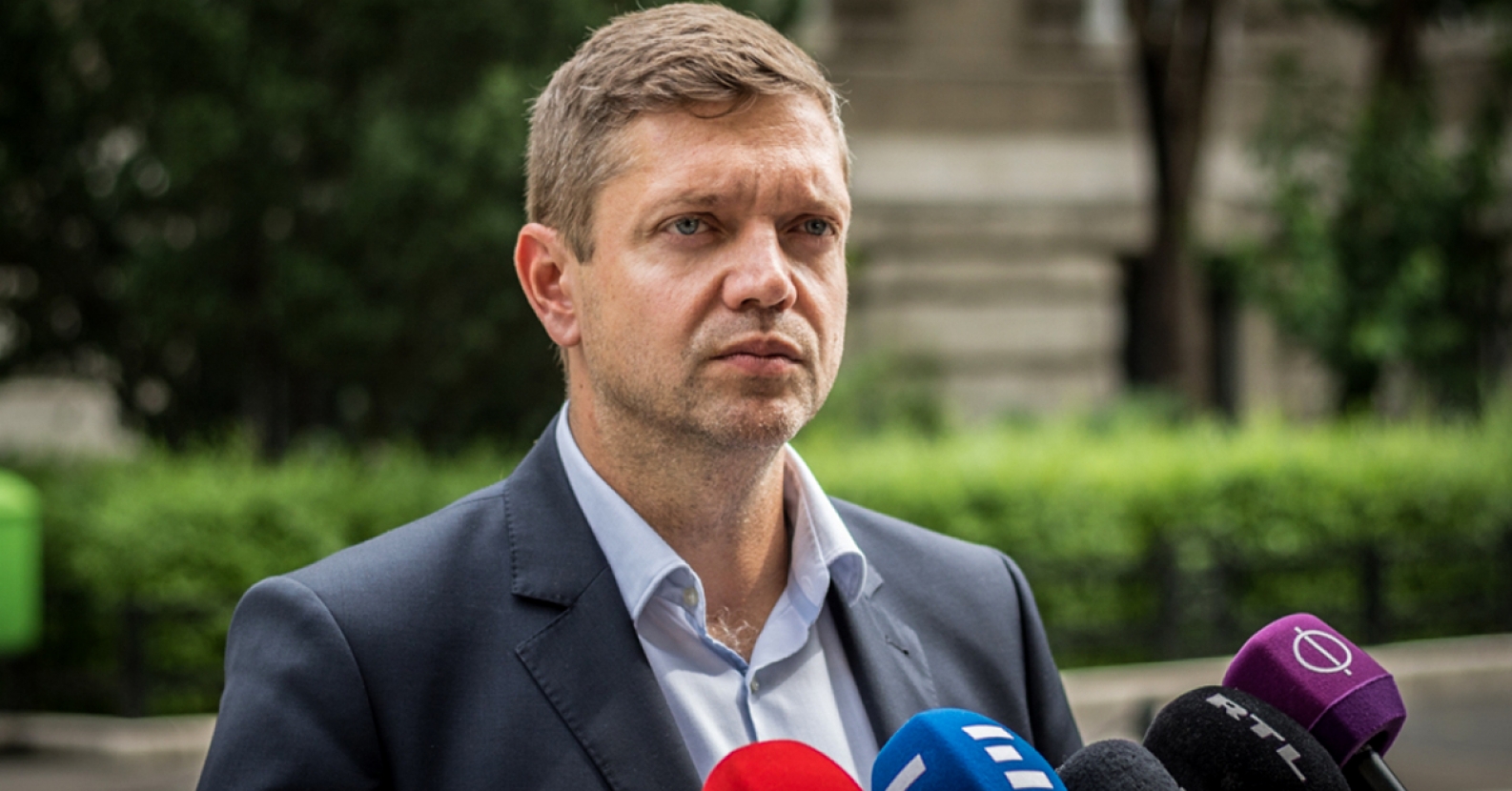 The opposition voter base has to be expanded before the 2022 elections, this is very important, said MSZP president Bertalan Tóth on Monday in the program ‘Aréna’ on Inforádió.

This can be done through opposition cooperation and if voters feel that "something is happening here" – just like in Jászberény. There, voters knew “they were there for a reason” and in the re-election, the original 14-vote gap increased to more than 4,000. On 13 October, the belief in the invincibility of Fidesz was overthrown.

The current electoral system demands a one-to-one strategy, which is why the unity needs to be as strong as possible. However, the common candidate for prime minister and the joint individual candidates will be also be cardinal issues, as well as "the program we will be able to present" to voters by 2022.

“Let there be joint candidates, a common list, and (…) a common program that provides the vision of a new Hungary”; one that establishes a national minimum to which the parties can later adhere.

In Budapest, Mayor Gergely Karácsony Christmas worked out his program together with the districts, and this model should be applied before the parliamentary elections, too.

"I do not deny this is a huge job, but we will face the challenge," the party president said.

The selection of candidates and the elaboration of election programs should start next year with opposition roundtables and forums. He said he expects 2021 to be the year of pre-elections and hopes to have a joint prime ministerial candidate, joint individual candidates and a common program by the fall of that year.

The popularity of parties is changing; “We need to consider how our politics, our value system, the leftist value system, will appear in this opposition unity, and then, after a change of government, how we can build left-wing politics further. (…) If we keep on weighing each other up, (…) it will not lead us forward,” he said.

There are many opposing political views between opposition parties, but they could be set aside in the interest of the country. There is no need to hide it if they disagree on something, because debate drives them forward. In the current state of the country, there are common points where "we can instantly agree and this is all in the interest of Hungarians."

"I have no doubt that we will be able to provide voters with a program they can confidently vote for, because there will be a completely different Hungary after 2022," he said.

He pointed out that the formation of the opposition unity does not amount to a single opposition party, but a very colourful coalition whose members can come to an agreement that they want an entirely different country. That is why it has huge potential. And if they remain open, this makes it easy to integrate NGOs and trade unions into this unity so that there many values represented in national politics and civil control over it.

He said that the victory of the opposition in free cities goes points beyond itself, because cooperation there can provide a basis for demonstrating the opposition's governing abilities and the result is directly perceived by people.

"If we can lay this on the table, we will be one step ahead," he said.

The National Courts Office was also mentioned in the program. Tóth said  the Socialists will abstain from voting on its new president because they do not agree with the authority’s very existence.

They also talked about the World Athletics Championships. He said the opposition parties do not have a problem with hosting it, but with the hundreds of billions of forints that keep disappearing “here and there” with such prestige investments and with the 30-40% overpayment, "which Lőrinc Mészáros brings home."

On climate protection, he said Socialists are raising it to the forefront of their politics, trying to convince voters with proper information: it's in their best interest, not some “mischief, which makes Lőrinc Mészáros and his company richer yet again."

On the Media Council, which only consists of pro-government members despite the opposition reaching a consensus on its delegates, he said Fidesz put up "quite an amazing show," but they could not do anything because the majority in parliament passed the decision.

However, the case shows that after the October elections, Fidesz "upped the ante" to the level "where the purpose is to fight in a rough manner and fully crush the opposition to demonstrate their power, to prove that they were not shaken by the election results of 13 October."

“It is not in the interest of the country what Fidesz is doing right now, and I think it is a direct path to their downfall. They didn’t get the message,” he added.