We Will Always Stand up for Employees! 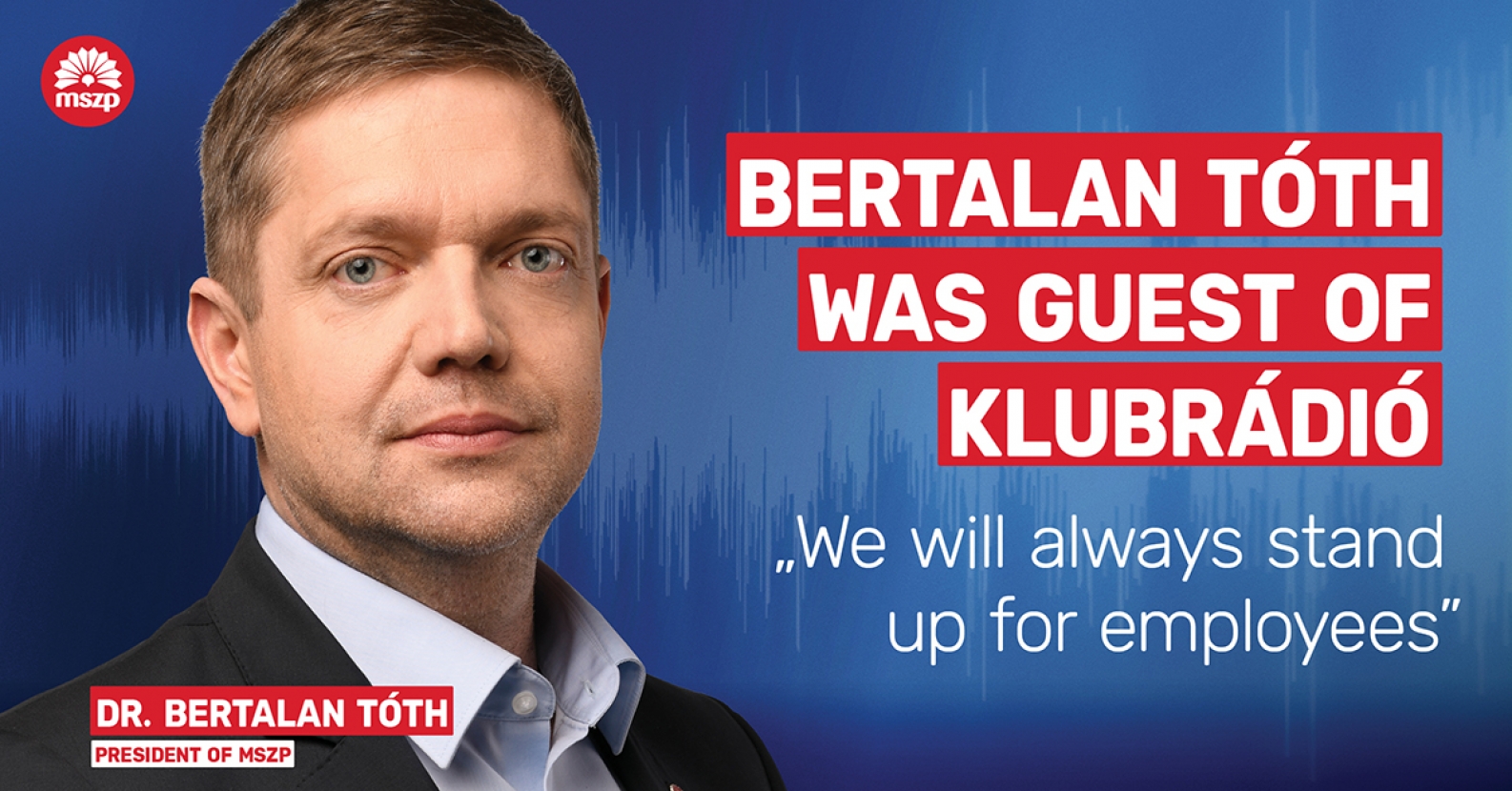 As a left-wing party, we will always stand up for employees, said president of MSZP Bertalan Tóth, on Klubrádió's ‘Evening Express’ show on Monday.

The party president was asked about a petition to the Constitutional Court that was filed jointly by opposition MPs at the request of trade unions for the protection of employees.

“The biggest tragedy is that the rights of employees have been curbed, and the Constitutional Court is of assistance to exposing employees to multinationals and their employers as much as possible. We, on the other hand, are fighting this and struggling together with the trade unions,” the party president said.

The Constitutional Court rejected the petition, but only after seeking the opinion of the government, just as  they did before in an opposition petition involving local governments.

Moreover, the rapporteur for the case was Tünde Handó, who is “a close relative of a Fidesz MP that later became a Member of the European Parliament; who, as the head of the National Courts Office, started to dismantle the independence of the Hungarian judiciary,” he continued.

“She writes a letter to Judit Varga, who responds, and it appears almost word for word in the Constitutional Court ruling. So does the rule of law exist in Hungary? I am convinced that it does not, and let the voters decide who is right,” Tóth said.

The presenter suggested that the unions have few members left, and recently a union leader resigned because he was tired of failure.

The president of MSZP said that union leaders have a really hard time with little success, but they still have members among educators, both in the public and the private sector. And MSZP stands up for them.

He stressed that there was only one way, the cooperation of opposition parties, which could lead to a change of government in 2022 - this was clearly demonstrated by the municipal elections.

"It is us who have to make this happen," said Bertalan Tóth, and then" the unions will have room for manoeuvre, the rule of law will be restored, and governance will finally be about people as opposed to being an aristocratic mischief whereby Fidesz party soldiers correspond with each other and decide the fate of millions this way."

mszp.hu » Hírek » We Will Always Stand up for Employees!