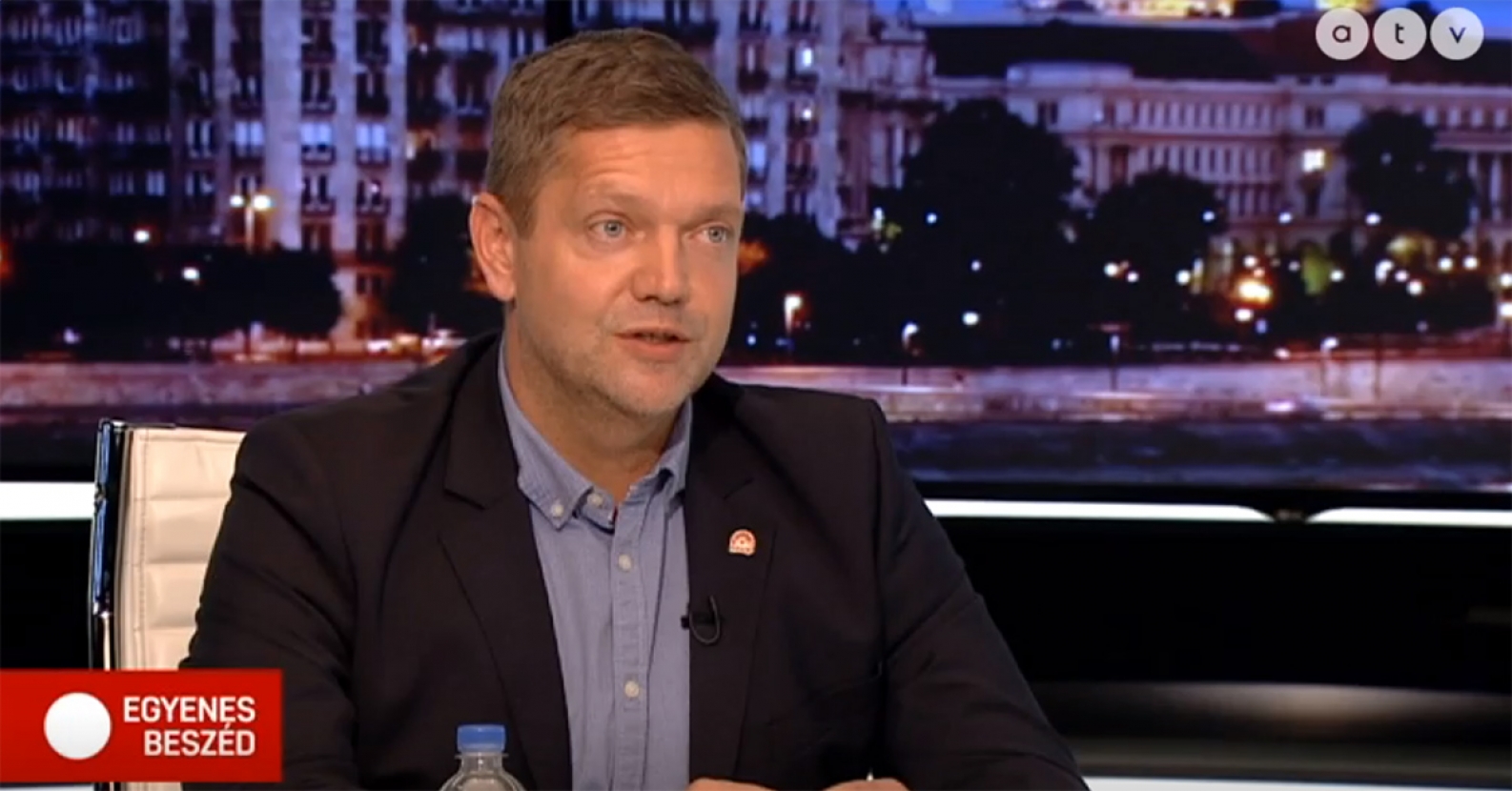 The coalition agrees that the current party state based on social disenfranchisement and authoritarianism must be surpassed, said co-president of MSZP Bertalan Tóth on ATV's Straightforward Talk program on Monday.

The government gives itself away when it pathetically protests with all its might against the rule of law criteria, Bertalan Tóth explained. He reminded that one of the cornerstones of MSZP's program is the rule of law.

“The published rule of law report contains some pretty serious criticisms about judicial independence, media freedom, the legislature, but most of all corruption, and voters too had their say about that in 2019. Many things affect everyday life, for example taking away the freedom of education. Education is a very intimate thing: Viktor Orbán should not educate subordinates and “patriots” of my children, leave that to me.”

Answering a question, he said, another pillar of MSZP’s program, the welfare state, means the establishment of an opportunity-creating state that doesn’t set in stone the privileges of a narrow elite and forget about the majority, but vice versa. “It creates opportunities for access to health care, in the world of education, in terms of social rights and for the benefit of workers. In 2018, we have already announced this program in the candidacy of Gergely Karácsony as Prime Minister, which will bring about a very, very serious social turn and creates a state that creates opportunities.”
He explained that the third pillar of the party’s completed program was about nature conservation, protecting the environment from the oligarchs. He confirmed that the green program of the Socialists and LMP's program overlapped, so it would not be difficult to work with them on these goals within the opposition coalition.

When asked, Bertalan Tóth demonstrated on the example of Jobbik, how the well-functioning cooperation was established along clear and common goals for the interests of Hungarians. “The rule of law and legal security are, above all, the common points on which we fully agree. But if we look at Jobbik’s social perception, we can see that the fact that we stand together for workers’ rights and agree on helping the social strata that fell out of the social network catch up again with the rest of society, means that there is quite some common ground,” he pointed out.

He announced that the joint program creation had started and an offer would be made by the end of the year that would include everyone’s program points. "The community of opposition party presidents is optimistic, so there is reason for optimism among voters as well," the co-chair of MSZP added.