Stop Punishing Those Who Stay at Home Because of the Epidemic! 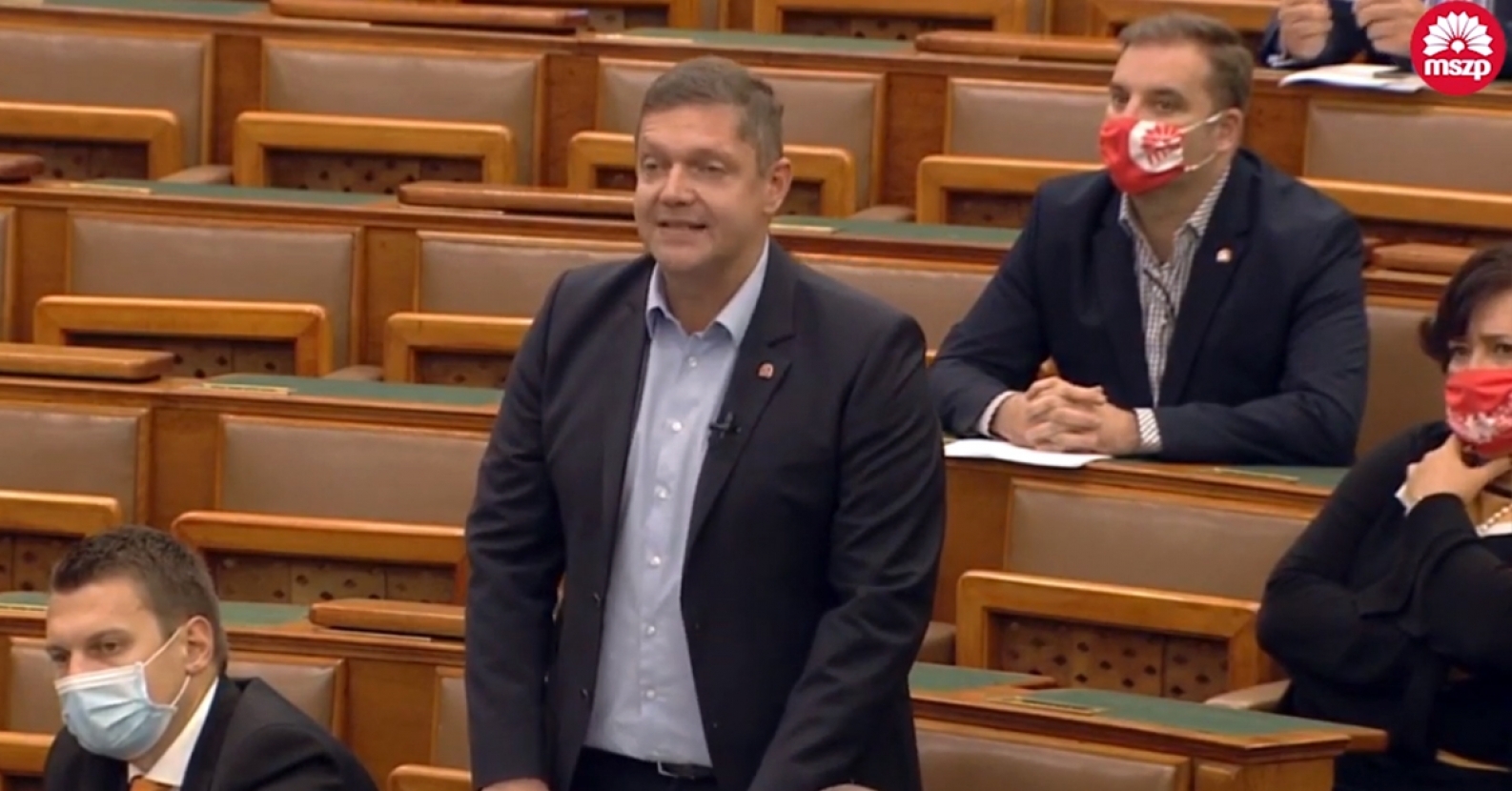 Co-president of MSZP Bertalan Tóth called the government helpless and incompetent in Parliament on Monday, urging immediate action on behalf of MSZP to curb the coronavirus epidemic.

He suggested that anyone who is quarantined by a GP with coronavirus symptoms should receive sick pay equal to 100% of their salary.


He argued that the current regulations financially penalize anyone who stays at home because of the illness. Many people go to work while showing symptoms and being sick because they are afraid of getting only 60 per cent sick pay.

MSZP's proposal would curb the spread of the epidemic, the party's co-president and group leader argued in his pre-agenda address. “People would be happy to help in preventing the spreading of infection if we helped them! So let's do it! ”

He said that even now it is not too late to introduce mass screening and contact records, as they managed to do in Slovakia.

He demanded that the government end the chaos in healthcare because now GPs need to search for free beds. Wage increases should be extended to GPs, the social sector and home care workers. Hospitals need to be strengthened financially and organisationally, and people cannot be left without money during the crisis.

He therefore reiterated the previous proposals of MSZP: the duration and amount of unemployment benefits should be increased, family allowances and childcare support should be doubled, and “all pensioners should be given the money that ensures their decent livelihood.”

He stressed that the government is to decide, so all responsibility was theirs.

He blamed the cabinet for wasting money allocated for protection on “stadiums, space exploration, (…) Lőrinc Mészáros, or a sports academy,” and for watching idly as more and more people die “every single day.”
"A government that does this is helpless and incompetent!" he declared.

“Instead of protection, you just continue to build the inhuman and unjust world you started building 10 years ago! You live the high life, you spend your vacation on luxury yachts and turn public properties private at a rapid pace,” he accused the government.
He stressed that the government has left the people on their own, saying “we rely on individual protection.”

“It’s not protecting people to say everyone should wear a mask! (…) They can't shift responsibility to people,” emphasized the co-president of MSZP and leader of the parliamentary group.

He mentioned, "And it's just the cherry on the top of the cake that people working in the U-21 championship are getting tax exemptions just now!"

mszp.hu » Hírek » Stop Punishing Those Who Stay at Home Because of the Epidemic!