Fidesz’s Orange Rotting: Time to Throw It out As Soon As We Can! 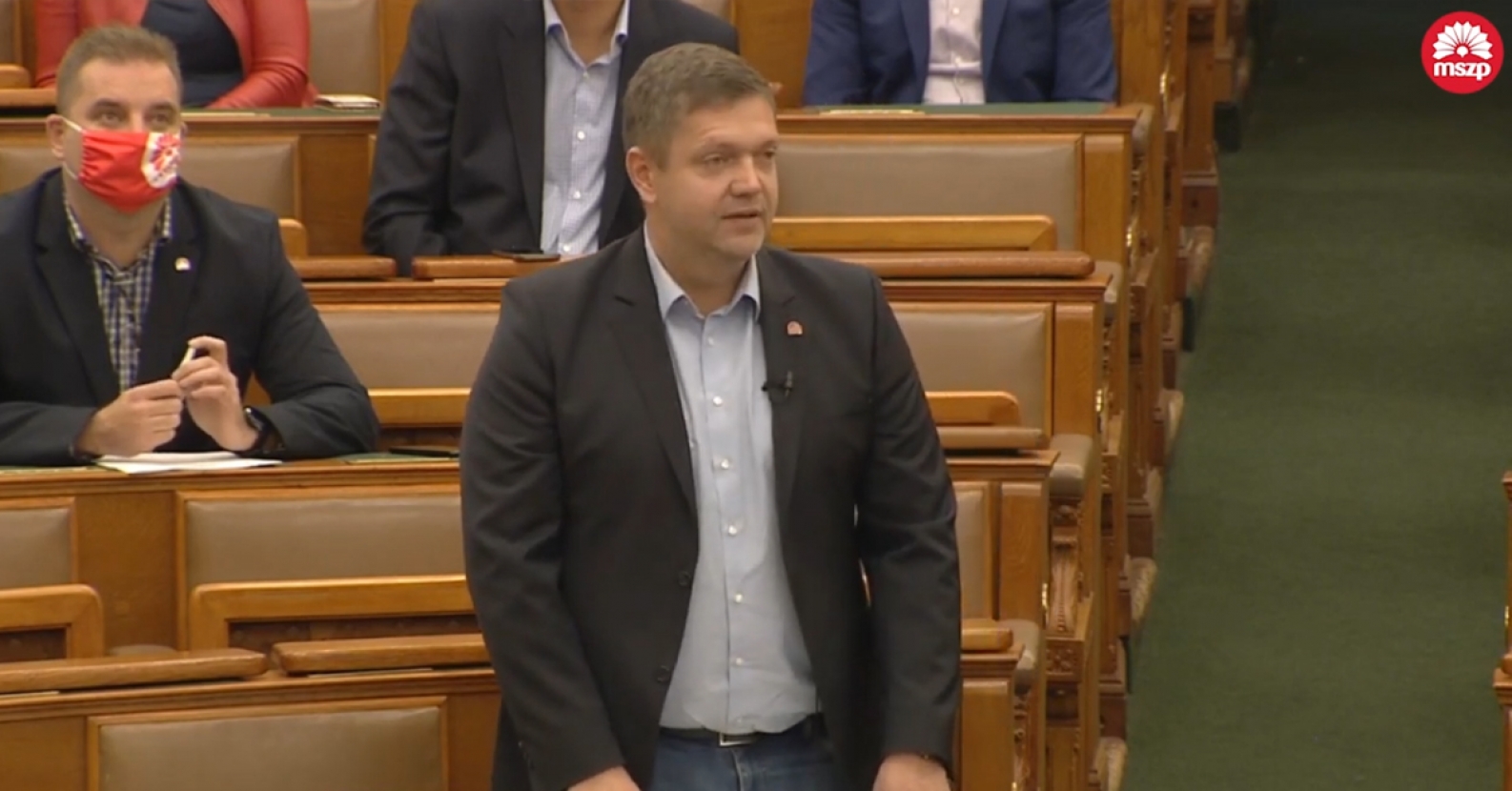 “The Fidesz orange is rotten! Time to throw it out as soon as we can, ” said MSZP Co-President and group leader Bertalan Tóth at the extraordinary session of Parliament before the agenda on Monday.

He called the message from Fidesz on the government’s blue billboards, the principle of which he otherwise agrees with, namely, that “all lives matter,” a big fat lie on their part.

"Has anyone already explained why they allowed the epidemicto explode in the fall?" he asked, adding that football matches were held before of many thousands of people, schools were allowed to become outbreaks of infection for weeks, and there was no free and mass testing or rigorous contact research.

Today, the more than 12,500 victims prove that the Fidesz government has done nothing against the spread of the infection. Free parking and busier public transport schedules amounted to nothing, he declared.

"Let us not forget that Viktor Orbán decided that the economy was more important than the protection of (…) human lives," he stated stressing that the members of the Fidesz government were "yachting on the waves of the Adriatic" instead of preparing for the second wave of the epidemic, and "Viktor Orbán and his ministers simply let people down!"

“Please don’t say that the government did not have the money or the authority to deal with the crisis,” he said, “because if there was money in the Economy Protection Fund for the hunting exhibition, space exploration, stadium construction, then how come the job search allowance could not be increased to at least HUF 100,000 net for at least 9 months?

How come people could not get 100 per cent sick pay so that they would not infect each other at work for fear of being able to make ends meet from the incredibly low sick pay?

Why were the family allowance, maternity allowance, GYES and GYET not doubled, low pensions converged and real job protection introduced?” he asked.

"Somehow there is always money when Viktor Orbán's friend Lőrinc “Not Frontman” Mészáros needs help from our tax forints, but the small pubs, museums and theatres that have been forced to close, just waited for subsidies in vain," he said.

He called on the governing parties to “notice already” that people go to protest even during an epidemic because they cannot make a living. "Pay the support to necessary for the survival of the hospitality sector," he demanded. “You have to fight the virus, not the bartender, the waiter or the cook! Measures could be taken to help these nearly six hundred thousand people survive and meanwhile also prevent the virus from spreading.”

He emphasized that it was not possible to eat and get full on the vaccine: families in need and pensioners could not wait for months.

He objected to having billboards, but still no honest talk about registration, the vaccination plan, the implementation of mass vaccination; people still do not know it will be the turn of teachers, civil servants and those working in commerce.

He stressed: "We are also in favour of having as many vaccines as possible and as soon as possible!" He added: "We do see how eagerly Péter Szijjártó's staff takes everything that is at their fingertips, be it the Russian vaccine or a Russian pen!"

He also spoke about Klubrádió (Club Radio), whose frequency license expires in mid-February, but pro-government MPs who could have stepped up today to keep the radio from falling silent did not even show up at the meeting.

“The Fidesz regime today could have proved that there is a misunderstanding in the law, as an amendment to the law would give Klubrádió the opportunity to keep on broadcasting,” he said.

But since the representatives of the governing parties were not present, "now everyone can see what the real goal was: for Klubrádió to be silenced (…), for them to lose their frequency," Tóth said.

"It is a shame what you are doing," he said outraged.

mszp.hu » Hírek » Fidesz’s Orange Rotting: Time to Throw It out As Soon As We Can!