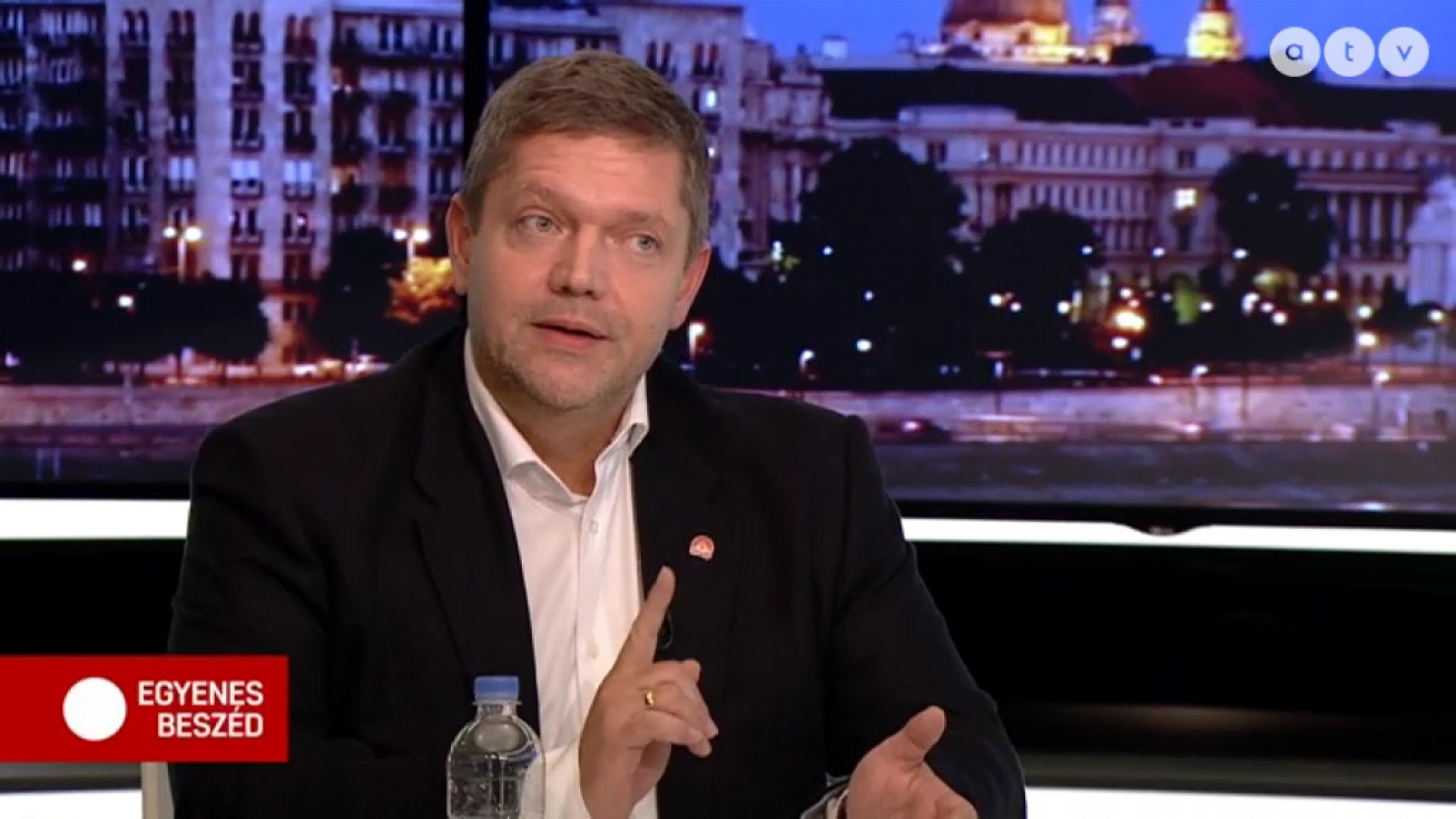 MSZP is open to Péter Márki-Zay's suggestion of a seventh parliamentary faction, but a consensus decision of all six parties of the Democratic Opposition Alliance is needed to set it up, MSZP co-president Bertalan Tóth told ATV's ‘Straighforward Talk’ programme on Tuesday.

"We are open to the suggestion, but I would like to stress once again that according to our agreement, a consensus decision of all the six parties is needed for this," he said in response to a repeated question.

He said the opposition prime minister-candidate had consulted the leaders of the parties and in a meeting with him had made many acceptable arguments for a faction of his own.

According to Tóth, in a coalition government, parliamentary groups will be very important, because serious political decisions will be made between coalition partners, not in government: "not like now."

"We will make a wise decision" after the other parties have presented their arguments, he said. He said he was pleased that the party leaders' meetings always reached consensus decisions, "we were always able to agree on the most important issues."

In response to a question, he said that MSZP insisted on many of the proposals contained in the Common Basics programme, already adopted by the six parties, and that Márki-Zay "assured me that he would support and represent these elements of the programme."

These include MSZP's rental housing programme, its building insulation programme, tax exemption or lower taxes on low incomes, convergence of low pensions and rebuilding the social safety net, he said.

Asked why MSZP, as a left-wing social democratic party, supported a right-wing candidate in the primaries, the co-president said: Márki-Zay is the prime ministerial candidate of all six parties, since they agreed more than a year ago that they would all support the winner. "And that is now a fact," he said.

He recalled that when the rules were laid down, two right-wing politicians had met the criteria for the prime ministerial candidacy, and in the summer Jobbik leader Péter Jakab was still leading the popularity list of prime ministerial candidates, "and this could have been the end result. We agreed to accept the result of the primary election," he underlined.

He mentioned that DK and Jobbik had entered into an alliance on the individual constituencies before the first round, "we can safely talk about a coalition of DK and (...) Jobbik."

The answer to the reason for MSZP's decision is "very simple: Péter Márki-Zay has a better chance of defeating Fidesz with our help", he said.

He explained that MSZP wants to implement a significant part of the social-democratic-green programme that it represents together with Dialogue and Gergely Karácsony. Both Klára Dobrev and Péter Márki-Zay promised to do so, but "we do not want to leave this programme in the drawer. We want to implement it, and for that we need a change of government. (...) We saw at the time of the decision that Péter Márki-Zay has the best chance of pushing this through."

To the comment that some people call this a utilitarian decision, he replied, "Its implementation will not be to our benefit, but to the benefit of Hungarian voters and Hungary at large."

He expressed his conviction that, despite the debates, the primary election was very good for Hungarian democracy "because at last there finally are debates"; "I am happy about it, but now we will line-up and march forward together ".

Another significance of the primaries is that the eligibility of the candidates was decided by the electorate.

Márki-Zay, referring to the "Alliance of the Clean", stated that "we are an alliance (...) and this coalition includes everyone." As an example, he said that "the Democratic Coalition carries the democratic adjective in its name, but that doesn't mean that others are not democratic, because we have created a democratic electoral alliance. It is reassuring that we are all part of the Alliance of the Clean."

"We stand together. And allow me to reiterate this, because this is the most important thing: that we stand together, the six parties, with a common candidate for prime minister, with common candidates; we will have a common list, and I am sure, because public opinion will force this on us anyway: we will have a common programme and we will replace the Orbán government", he said.