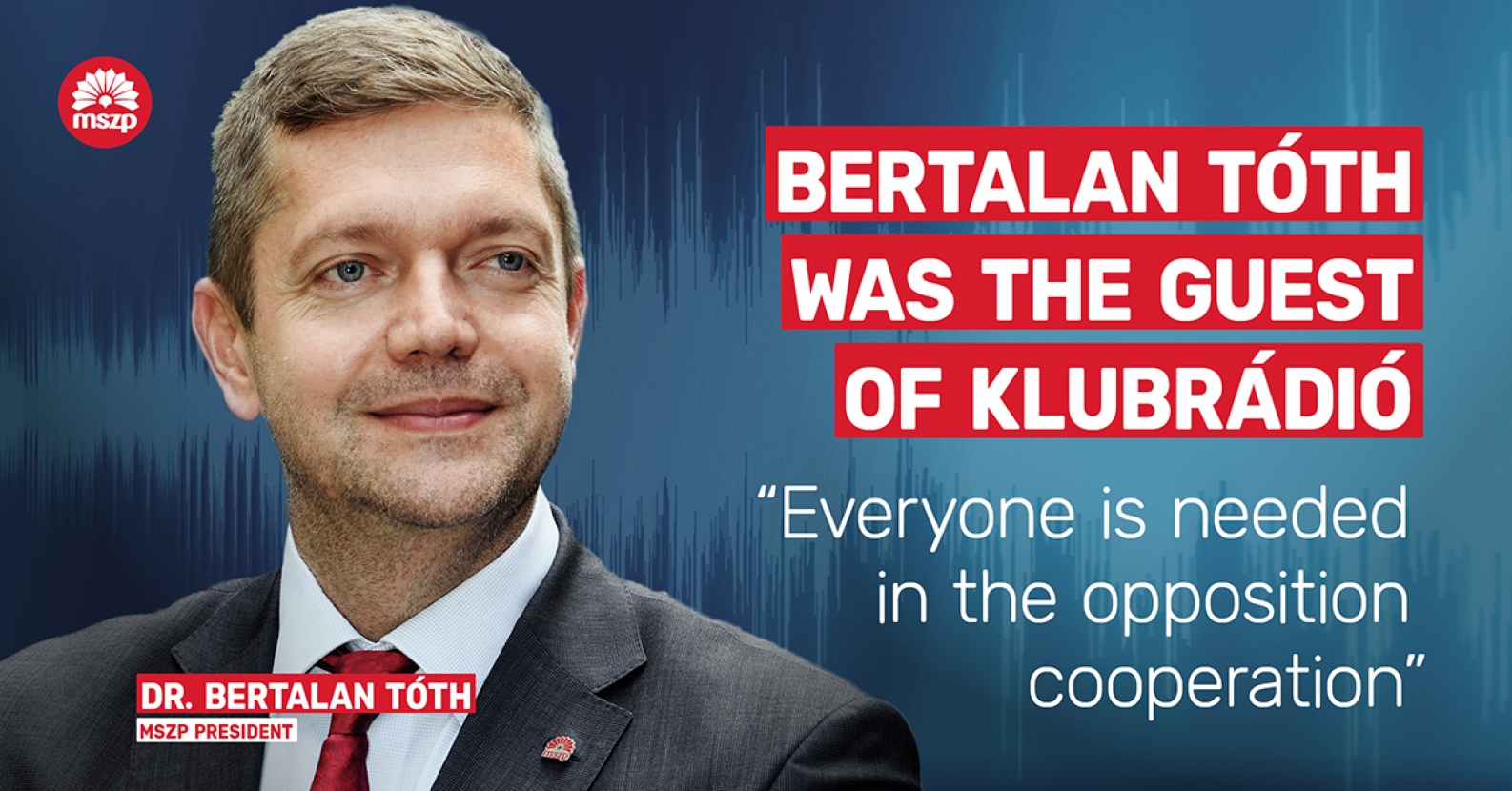 Everyone is needed in the opposition cooperation according to the voters’ decision on 13 October, said president of MSZP Bertalan Tóth as a guest of the opposition Klubrádió.

“I believe this is how the voters decided on 13 October. (…) This is the solution they support, whereby everyone fights Fidesz together,” he said.

Earlier, Tóth outlined the strategic concept of MSZP to be submitted to the all-opposition program for achieving a change of government in 2022, which includes new elements, such as the proposals on guaranteeing the livelihoods of pensioners, employees and young people.

When preparing the proposals, "we pay attention to identifying elements or focal points that do not pre-empt the framework of opposition cooperation," the party president emphasized in the program “Let's Talk it Through” on Wednesday.

“There is no right-wing, no left-wing, but Hungarian people whose lives and living conditions we want to improve. If we continue along this path, I am sure there will be a joint program, a shared vision, and we would very much like to see more social democrat and green achievements. ”

He noted that all opposition parties had already come up with program elements that could be part of a joint program on the future of Hungary. “It will be worth discussing technical issues, as we need to figure out how to make as many votes as possible actually useful to the opposition in that they do not get lost in the multitude of lists. That's why we keep talking about (...) a single common list. "

But the opposition must not only talk about how to select common candidates, but "show the voters a vision, a new image of Hungary that we agree with, believe in, and will achieve." In October, we were talking about the removal of “Fidesz overlords”, (…) but now we are preparing for a change of government,” he added.

The party president was also asked by presenter György Bolgár what he thought about Dialogue and LMP getting closer to each other.

Tóth replied that the close alliance between MSZP and Dialogue had been repeatedly confirmed by the Co-Presidents of Dialogue, and that it was "perfectly okay" for opposition parties to come closer to one another.

If the alliance is "expanded by LMP, for example," and it can get stronger and this can strengthen the all-opposition or (...) attract new voters, I can only support it," he said.