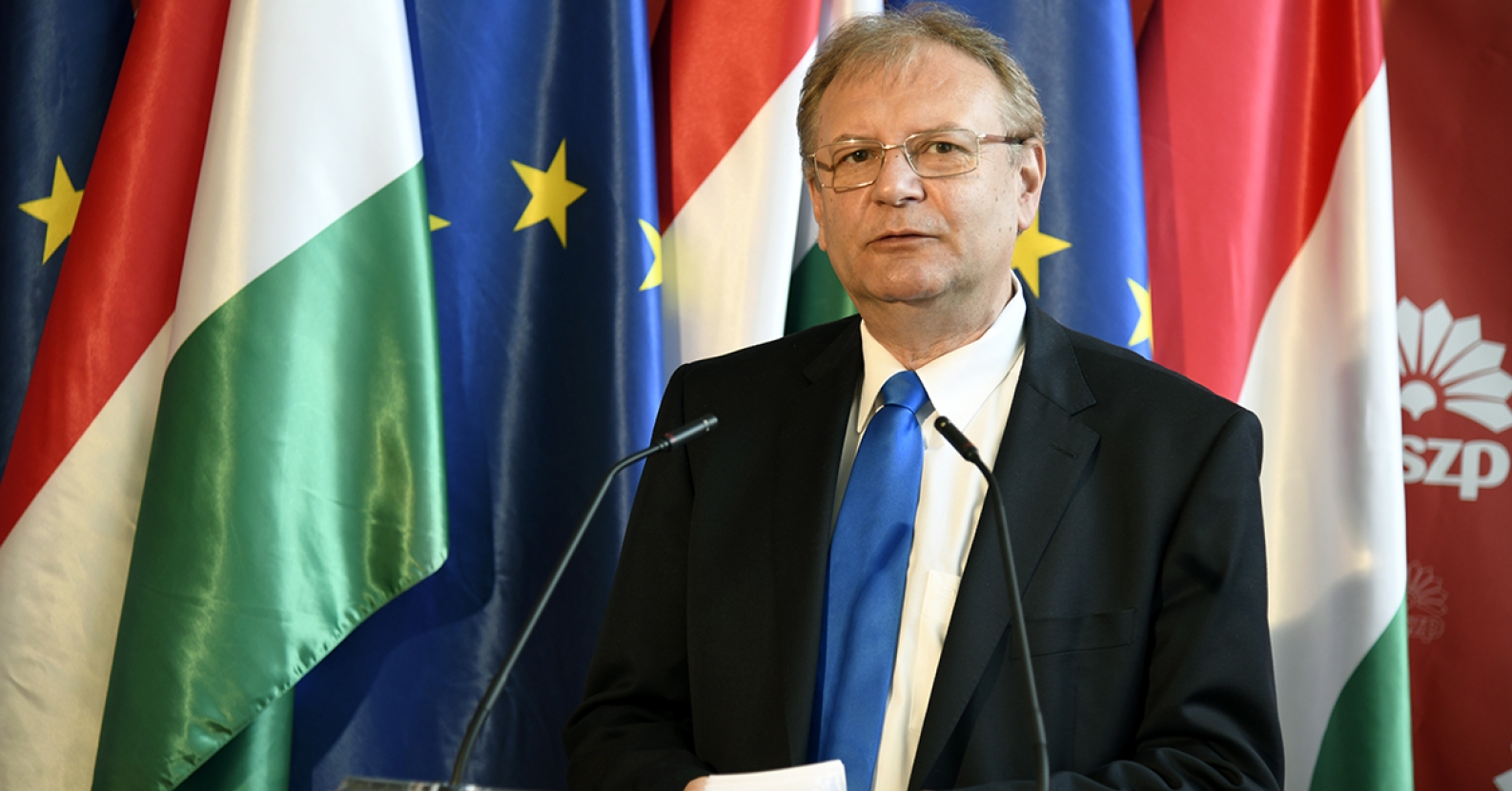 "Laptop program, 9-grade school, modern foreign language education, modern vocational training and a national core curriculum that responds to the challenges of the present – this is the way to rebuild Hungarian public education," said MSZP politician responsible for education István Hiller, at his press conference on Sunday greeting teachers at the end of the extraordinary school year.

Hiller, on behalf of the Hungarian Socialist Party, thanked the teachers for their excellent solution to the “quite unique challenge” of the emergency, their creative, new ideas and solutions for the continuity of education.

“I’m sure the whole country agrees. (…) We are proud of you,” he said, emphasizing that opposition parties, trade unions, professional and non-governmental organizations also expressed their gratitude in a joint statement.

Thanks to the help of parents and grandparents during the emergency, he pointed out that the situation may have made millions of adults discover the incredible workload on and the “crazy contradiction” between online education and the quality of the material to be learned.

Due to the damage caused by the epidemic - that many people lost their jobs, many have no income at all and many have found themselves in a very difficult situation - the country needs to be rebuilt, including education, he said.

He presented the package of proposals of MSZP, which, as he said, was prepared by the party after many discussions and consideration of the opinion of many experts, and which was suitable for "rebuilding this country and within it our education system."

Because it is “essential (…) that we do all that is otherwise necessary in a just and feasible way. To have a better functioning, modern Hungary of solidary.”

The first point of this is not to introduce the new National Core Curriculum in its current form, because it prescribes even more curricula than before, but with fewer classes – making it even less possible for students to master.

“We want this to be withdrawn and redone in the light of experience, submitted for professional discussion and only then introduced,” he said.

Secondly, the epidemic entailed a “painful experience” that many students had no access to online education. Therefore, it is proposed that the budget provide resources for a large-scale public education laptop program.

“Laptops for all Hungarian students! For everyone! For the poorer, too, and especially for them, (…) because equal access to knowledge must be guaranteed,” he declared.

Thirdly, he advocated 9-grade elementary school training because it would leave students more time to acquire and consolidate basic skills.

“So it’s not about dividing the amount of curriculum you’ve acquired over the past eight years into nine parts now, but about strengthening the lower grades in the traditional sense with a new grade so that they have more time to master writing, reading, numeracy, text comprehension and digital basics,” he explained.

Their fourth proposal is to bring back the zero grade for foreign languages. As he said, as long as it existed, its result was that, for two consecutive years, nearly twenty thousand students in public education passed the intermediate and advanced language exams, then this system was destroyed.”

However, if the foreign language skills already required by the labour market have to be paid for in the market, it costs many hundreds of thousands of forints. Those who do not have the money to finance this are “at a disadvantage again, and this is fundamentally unfair,” said the MSZP Member of Parliament, and former Minister of Education and Culture.

The fifth educational proposal of MSZP is the rebuilding of vocational training, because it is not unskilled workers or apprentice training what the country needs.

Hiller drew attention to the fact that Parliament will be debating next year’s budget in the coming days, and it is there that it will be decided whether “it will be a letdown or a backlog budget,” or whether they can incorporate the experience of the epidemic brought about by necessity but still carrying the potential for change.

“We have made our proposal with my colleagues for this reform. Please, support it too, if you agree,” he concluded.