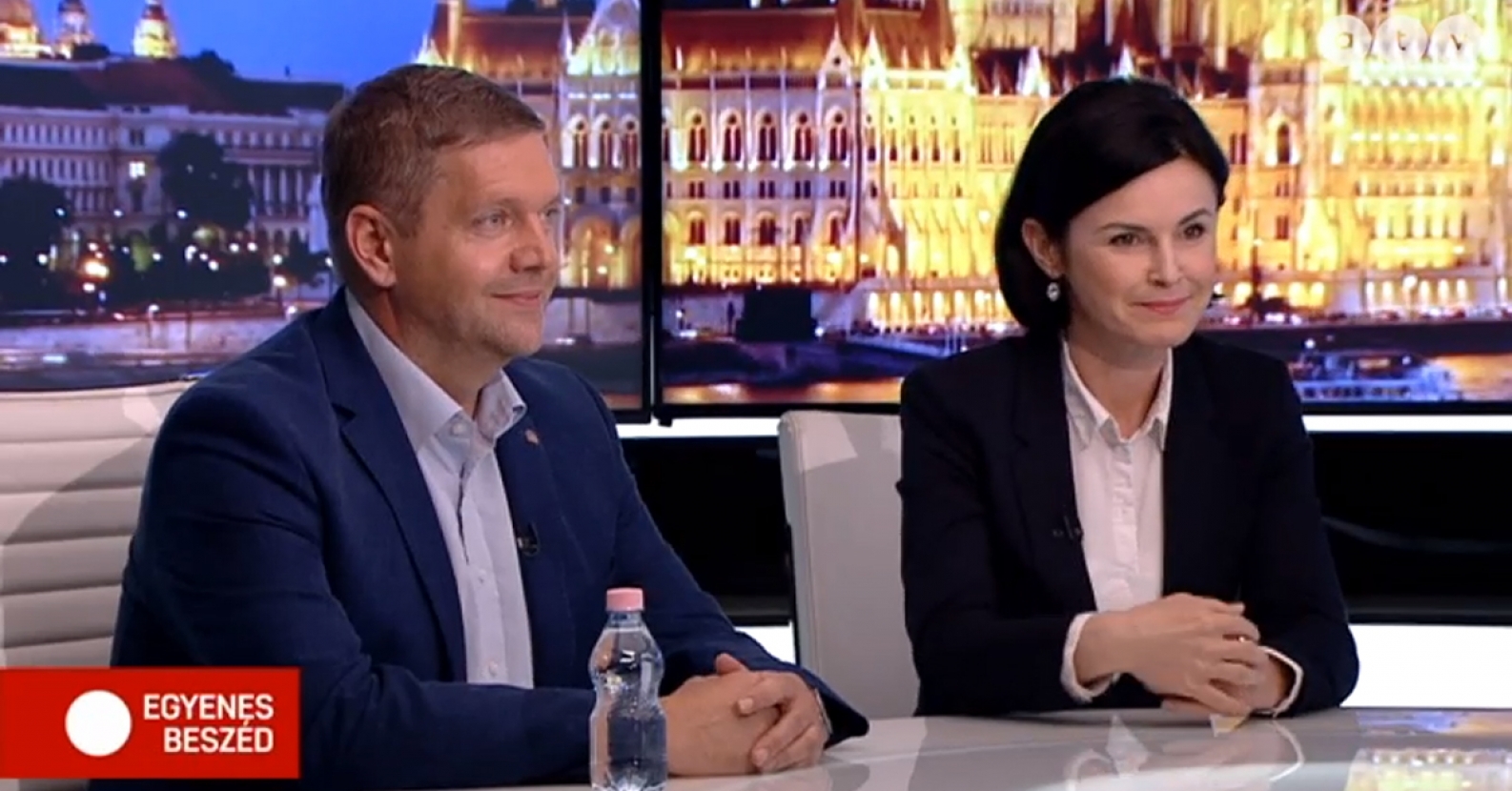 It is time to start negotiations and reach an agreement as soon as possible on opposition cooperation leading to a change of government, said president of MSZP Bertalan Tóth and caucus leader Ágnes Kunhalmi on ATV's Straightforward Talk on Wednesday.

“We want to work together for a 2022 change of government and, as we call it, change of era. (…) We are preparing with joined forces for the change of government in Hungary,” said Bertalan Tóth after the adoption of the party's new statutes, which entrusts the leadership of MSZP to a female and a male co-president after the next internal election of party officials.

Both Tóth and Kunhalmi, who will run together for the co-presidency, called the decision a huge political innovation and progress in the life of MSZP, because the party can display some of the main elements of its program in its own leadership: equal pay for equal work, equal opportunities and the principle of women's equality.

Bertalan Tóth referred to the German Social Democratic Party as an example, with a history of hundreds of years, and also brought up the Co-Chairs of one of their allies, Dialogue, one of whom is the mayor of Budapest and the other leads a parliamentary group.

Ágnes Kunhalmi emphasized that they believed in a cooperative society where people have to work together for success. With single-person decisions, when they are bad, “we can see, for example, that it may lead to hospitals being evacuated so violently that people die and there are plenty of victims.”
She said was pleased that the MSZP community had adopted the innovation with an “overwhelming” 96% vote, so that the left-wing community could send a message to society, “that not only legal equality is important, but that in society, in politics, in the economy and in the family women should be treated as equals.”

“And yes, women have a place in politics, and whoever hears us and who sees us should tell her daughter and her granddaughter that she should deal with public issues too, because she has a right to do so. And don’t let it happen when the prime minister says her place is by the wooden spoon,” she warned.

On the cooperation of opposition parties, she said she did not see "so many debates and so many fault lines, especially after the municipal elections, such a deep fault line that could not be bridged".

There is so much to be restored in healthcare, education, around local governments, rental housing development, climate change prevention and environmental protection that the opposition could “do plenty” to lay the foundations of a new republic.

She claimed, “in fact, the voters decided that” in the municipal elections, when so many voted for each other’s parties in order to win.

“It’s worth keeping in mind where the voters actually are in all this. And it is really our responsibility to form the political construction,” she added.

The development of minimum social and economic programs should begin in the summer, and the “nuance” fault lines will be “smoothed out by the people, that is, the voters, and we will start clinging together and run jointly at the end of the day,” she said.

She pointed out that the fact that 74,000 people took part in the Budapest mayoral pre-election shows that people want to take part in the process. She also mentioned that in the 2018 parliamentary elections, the majority, 52.6 percent of voters, voted against Fidesz. “We just weren’t as united as we were in the municipal elections. That is what needs to be done”.

Bertalan Tóth emphasized that the important lesson of the municipal elections in the capital and the big cities was that there was a common program, a common vision, a line of measures that everyone could join.

That is why “it is quintessential to have an offer for a new, liveable Hungary.

Let us have an offer for reconstruction from education to the economy, through everything, so we will make a proposal for that,” he said.