Bertalan Tóth: We must look after each other 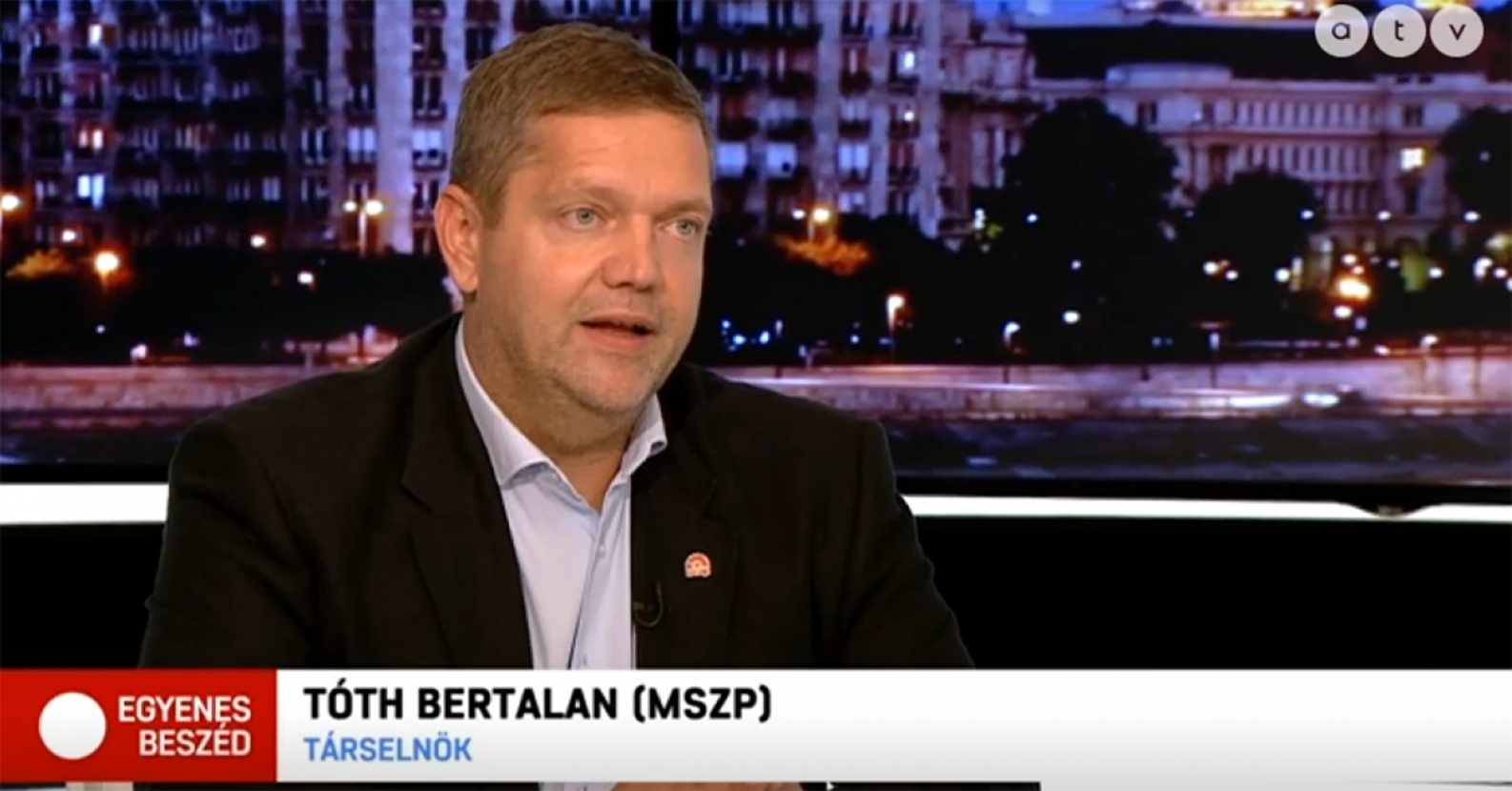 We have to look after each other, we cannot hurt each other, MSZP co-president Bertalan Tóth said on ATV on Monday about the pre-election contest, where he also confirmed that the results of the OLAF investigation into the Elios case will be made public, as the case "leads directly to the Prime Minister."

On the pre-election campaign, he said that "we have to fit into" the ethical framework set by the opposition parties, and that "we have to pay attention to this", because although "for the electorate it is an in-house race, we cannot inflict on each other any wounds that could be negative for cooperation or (...) negative in the electorate's perception."

"We will try to draw the attention of our partners to this," he added in the TV program "Straightforward Talk".

He continued by saying that in "live" election campaigns, negative campaigning is a campaign tool, but in preparation for the primaries, the parties preparing for a change of government have agreed on ethical rules precisely to "keep opposition voters together, and for them too, this is an opportunity - the primaries themselves - to choose the most suitable and best candidate against Fidesz."

The point of the primaries would be for one candidate to show why he or she is better than another, not to show why another candidate is worse, he explained.

"The MSZP-Dialogue alliance is convinced that Gergely Karácsony is the most qualified candidate for PM, we campaign on this narrative, and I trust that all other candidates will do the same," he said.

He said that the opposition parties can settle conflict situations in the National Election Committee, "and I am sure that they will succeed".

The MSZP-Dialogue alliance has 52 candidates, the LMP, which also supports Gergely Karácsony, has 9, and Péter Márki-Zay has indicated that if he wins a seat, he will join the Dialogue Parliamentary Group.

As he said, all their candidates have collected significantly more recommendations than the required, and they are looking forward to the voting week with great excitement.

He confirmed that he had requested the files of the OLAF investigation into the Elios case from the European Commission, after the European Court of Justice ruled that they could be made public. He said they expected to receive a reply in 18 days.

He recalled that OLAF, the EU's anti-fraud office, had previously refused to release documents related to the then company of the prime minister's son-in-law, referring to the ongoing proceedings.

However, the Fidesz government instead repaid the EU subsidy and made Hungarian taxpayers pay the huge amount of money, and then "took it out of the mafia network", he said of Elios.

"This is the case that leads directly to the prime minister and we want to present the details of that," he said.

He pointed out that so far there was only information from municipalities about the public procurement procedures won by Elios, but that the OLAF files would "give us a summary of how this whole system worked."

In this way, it will be possible to know the details, despite the Orbán government's failed attempts to erase "both in memory and in reality" the story that reaches as far up as Viktor Orbán, he added.